Stateside fans of Down Under TV have probably seen Antonia Prebble in at least one show from New Zealand or Australia. If not, here are several to get acquainted with her work.

I discovered Antonia Prebble when The Blue Rose first became available in the US several years ago. Since then, I’ve watched others of her shows that are available for streaming here. Now I’m waiting (impatiently) for Seasons 4 and 5 of Westside and hoping (fingers crossed!) there will be a Season 2 of Sisters.

Details about these series and more are below. The “where to watch” details are accurate as of this writing.

This multiple award-winning miniseries commemorates the centenary of The Great War (World War I) through telling the true stories of nurses who served in the Australian and New Zealander Army Corps at Gallipoli and the Western Front. These rarely told stories are based on the nurses’ diaries and letters, as well as historical photographs and documents — some of which are detailed in journalist Peter Rees‘ nonfiction book The Other ANZACs (since renamed ANZAC Girls to tie in with the series), which documents the war’s horrors and impact from the unique perspective of these brave and heroic women.

Where to watch in the US: Amazon Video, iTunes

In this award-winning mystery, Antonia stars as Jane March, a temp who takes an assignment at a big city law firm where she’s the interim Personal Assistant for the senior partner, following the recent death of P.A. Rose.

Rose’s best friend, Linda (Siobhan Marshall, Outrageous Fortune), is convinced Rose was murdered, so she persuades Jane to help her find out what really happened. Soon they join forces with the law firm’s IT guy and the fired payroll clerk to form the Society of the Blue Rose, in which they fight for justice while continuing to work toward discovering the truth about Rose’s death.

Where to watch in the US: Acorn TV, Acorn TV on Amazon, Prime Video, Tubi TV

This multiple award-winning crime dramedy series revolves around the lives of the career-criminal West family, of which Antonia plays Loretta West, the youngest and smartest of the lot.

Set in Auckland, the show opens with matriarch Cheryl (Robyn Malcolm, Harrow) declaring that the Wests are going straight, after husband Wolf (Grant Bowler, Defiance) gets thrown in jail. Again. (If you’ve seen the British series Honest or the American show Scoundrels, both were based on but didn’t achieve the popularity of Outrageous Fortune.)

Where to watch in the US: Prime Video, Tubi TV

One of my favorite Down Under TV shows of 2018, this binge-worthy drama follows the lives of three women in the aftermath of a news story about a Nobel Prize-winning fertility specialist who used his own sperm to impregnate many of his patients. Antonia plays the married, go-getter corporate lawyer Edie Flanagan, who learns she is one of only three daughters fathered by the fertility doc.

Costarring Maria Angelico (Other People’s Problems) and Lucy Durack (The Heart Guy), the series follows the sisters as they navigate their way past the shock while dealing with the personal and/or professional issues they had before the news broke.

Where to watch in the US: Netflix 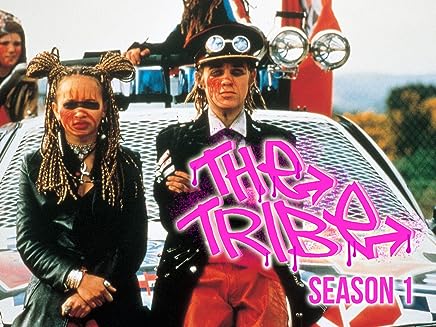 Before there was a Jeremiah or a Between, there was The Tribe, a Kiwi-Brit post-apocalyptic sci-fi drama in which a mysterious virus killed all the adults, leaving the children to fend for themselves. Since there is strength in numbers, the youngsters form tribes to up their chances of surviving hunger, the elements, and especially other kids fighting for their own needs in an adult-less world.

The series focuses primarily on the tribe called the Mall Rats, and Antonia plays Trudy, one of this tribe’s original members, in all five seasons.

Where to watch in the US: Prime Video, Tubi TV

Another of my favorite TV debuts in 2018 is this crime comedy-drama series that is the prequel to Outrageous Fortune. Here Antonia plays Rita West, grandmother of Loretta, her character in the earlier series.

Set in Auckland during the 1970s-’80s, the show follows the lives of Rita and her husband Ted (David de Lautour, Touch), both career criminals. As I mentioned in the ‘favorites‘ article, “Ted might be the head of the crew [but] it’s Rita who gets my vote as the badass of the series.”

Where to watch in the US: Prime Video

This mystery-crime drama serial, the follow-up to the telefilm The Killing Field, stars Rebecca Gibney (Wanted) as Detective Sergeant Eve Winter of the Sydney Police. Antonia plays Detective Alesia Taylor, a member of Winter’s team, which investigates the murder of a young woman.

Where to watch in the US: Acorn TV, Acorn TV on Amazon, Amazon Video, iTunes

Also available for streaming in the States right now are two of Antonia’s feature films: the 2017 action-crime comedy Pork Pie and the 2013 drama White Lies, the latter of which won Antonia the Best Actress honors at The WIFTS Foundation International Visionary Awards.