September brings the US premieres of a short-form drama, a family drama, and the new season of a feel-good reality series, plus the return of the final two seasons of a hit comedy.

For updates about shows from Australia and New Zealand added to US linear TV and streaming channels throughout the month, see the Down Under TV Viewing Guide.

Programs and dates are subject to change without prior notice.

Videos below may contain content that is not suitable for everyone.

Set on the shores of Cape Mercy, this family drama follows a skillful group of teen divers as they investigate a series of secrets and signs after one of their own mysteriously goes missing.

Dive Club, a Netflix Family series, premieres globally (outside Australia) on Friday, September 3, exclusively on Netflix. (You can set a reminder for it now.)

In this six-part short-form (10 minutes) drama series, troubled teen Jas (newcomer Tegan Stimson) starts investigating the suspicious death of her father after it is ruled an accident, a conclusion she doesn’t believe. At about the same time, Ruby (Mabel Li, New Gold Mountain), Jas’s new schoolteacher, arrives in this small Tasmanian town with the burden of her own past trauma. While Jas initially clashes with Ruby, the two begin to develop a mutual trust, which allows secrets to be exposed and the truth to be revealed.

The Tailings, a Topic Original series, premieres in the US and Canada on Thursday, September 16, exclusively on Topic and its apps and digital channels, including Topic on Amazon Channels.

Love on the Spectrum: Season 2 (AU)

This award-winning reality/observational documentary series follows several young adults on the autism spectrum as they explore the unpredictable and often bewildering world of dating. The quest for love can be difficult for anyone, but for them the experience can be even more complicated and challenging given people’s misperceptions about individuals on the spectrum.

As we see in the series, those with autism spectrum disorder are more like people without it than they are different. They have jobs, get into pop culture, and spend time on hobbies. They develop their artistic skills, play with their pets, and spend time with family. They can get stressed before, during, and after their dates. And as Jimmy and Sharnae and Thomas and Ruth show us, they can find love, move in together, and get married!

The Season 2 trailer introduces us to a few new faces in the series, along with Season 1 cast members Mark, Chloe, and breakout star Michael — all of them heroes and sheroes, and if applicable theyroes — for believing wholeheartedly in love no matter what, and not giving up on their dreams of meeting a life partner and living with them in love.

Packed to the Rafters: Season 1 (AU)

An AACTA Awards winner for Best Television Program and a Logie Awards winner for Most Popular Drama Series, this fan-favorite, family-oriented drama-comedy series revolves around the Rafter family. Just as would-be empty-nesters Dave (Erik Thomson, 800 Words, The Alice) and Julie Rafter (Rebecca Gibney, Wanted, Winter) are about to celebrate their 25th wedding anniversary and have the house to themselves, circumstances arise that bring their children and other family members back to the roost. 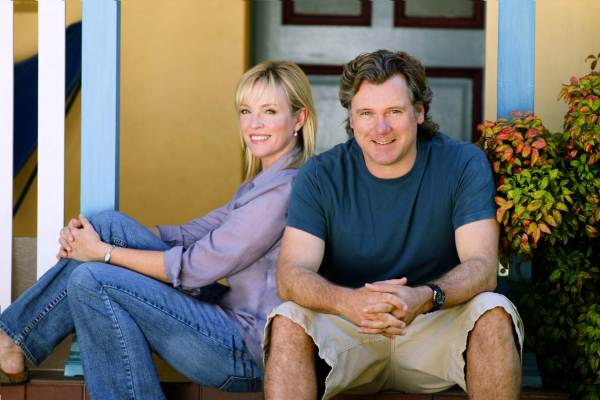 This 2016 AACTA Awards winner for Best Television Comedy Series stars Annie Maynard (Playing for Keeps) as Bess, a married mum of two and a wealthy doctor who discovers that (1) she is adopted and (2) she comes from a family of uncultured drag racers in the outer suburbs — ergo “upper middle bogan.” Despite the protests of her slightly snobby architect husband, her private school-educated kids, and her snooty, overbearing adoptive mother, Bess is determined to make one big happy clan with her newly-found and very noisy family.

Upper Middle Bogan: Series 2 begins streaming in the US and Canada on Monday, September 6, followed by Series 3 on September 13, on Acorn TV and its apps and digital channels, including Acorn TV on Amazon Channels.

Did you miss any of the new shows from previous days, weeks, or months? Check the Down Under TV Viewing Guide and Archives to find out.

For details about the September premieres of shows from the UK, Canada, and Ireland, visit The British TV Place. For info about the debuts of original-language, English-subtitled programs from Europe, visit The Euro TV Place.

Aussie & Kiwi TV: US Premieres in September 2021
Tagged on: Dive Club    Love on the Spectrum    Packed to the Rafters    The Tailings    Upper Middle Bogan