Make room on your viewing calendars for The Night Caller, a gripping true-crime docuseries set to premiere in the US and Canada. 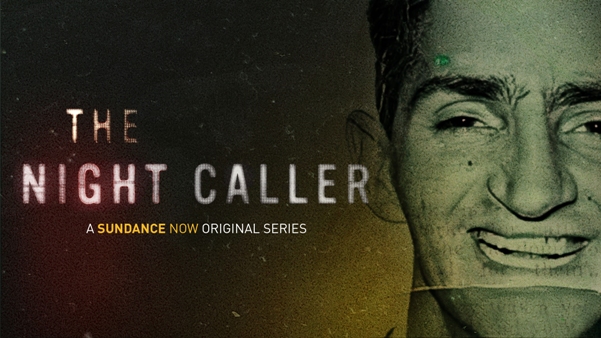 It is a story of tragedy, grief, responsibility, and redemption, as told by people whose lives were forever altered by the crimes that were committed — including friends and family members of the killer and his victims — and captured on film by series creator, writer, and director Thomas Meadmore.

“Something incredibly evil started happening in our community.”

According to decades-long residents, Perth in the early 1960s was a safe place. No one locked their doors and there was a “well-developed sense of community” in the Western Suburbs. People also trusted the police. Then life as they knew it changed dramatically.

The murders of two young women — one in South Perth, the other in the Western Suburbs — shocked members of the well-to-do suburban community. One suspect eluded capture; the other, Darryl Beamish, gave a signed confession for the second killing. Members of the Western Australia Police Force had done their job, assuring the community they were no longer in danger. Except it wasn’t true.

January 26, 1963. Australia Day. When a “methodical,” “accurate” and “intelligent predator” went on a deadly shooting spree in the Western Suburbs. Terror gripped the city. The people were scared. The police were desperate. So when they arrested 19-year-old John Button for the hit-and-run killing of his 17-year-old girlfriend, and had evidence of his guilt, they got a signed confession out of him, too. Yet while he sat in prison, the serial killer continued with his random acts of horrific violence.

Until the police arrested Eric Edgar Cooke, who confessed to and gave detailed accounts of the numerous crimes he had committed — including the intentional vehicular homicide of Button’s girlfriend. So why, then, did Button remain in jail for a crime he always said he was innocent of?

More than thirty years later, journalist Estelle Blackburn learned of John Button’s story, and subsequently of Darryl Beamish’s too, and believed there was a police cover-up. So she got access to and did a deep-dive into the police case files. What she learned was so infuriating, she went on a crusade to hold the police accountable.

The impact of Eric Edgar Cooke’s crimes and how the Western Australia Police Force handled them, themselves, and the innocent men they wrongly put behind bars is still felt to this day.

Riveting from start to finish, The Night Caller uses present-day interviews, archival video footage and press clippings, and reenactments to present a layered look at Eric Edgar Cooke’s crimes, the investigation by the Western Australia Police Force, and the influences at work in the deaths he caused and the cover-ups they perpetrated. Both destroyed people’s lives, shattered families, and held a community hostage, and the damage — psychological, emotional, physical, spiritual — has been permanent. It is heart-breaking… and it makes the blood boil, as redemption cannot erase the decades-old scars from wounds that should never have been inflicted by the police, who seemingly still do not own their responsibility in these matters.

Australian Film Streaming in the US

Australian crime comedy-drama The Mule is streaming in the US.