Fans of My Life Is Murder, rejoice! The Lucy Lawless mystery series has been greenlit for a new season, which Acorn TV will co-produce. (Yay!) 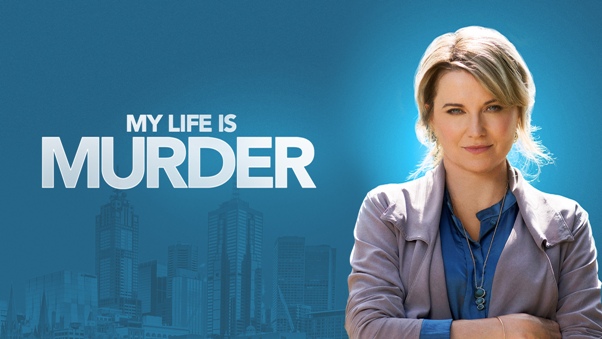 Acorn TV announced the good news this morning about the new season of My Life Is Murder, the ratings-hit murder mystery drama series starring Lucy Lawless (The Code, Top of the Lake, Xena: Warrior Princess).

UK-based distributor DCD Rights has raised significant production finance and secured distribution rights to the new season, which has been greenlit by a consortium consisting of Acorn TV, which will take a package of English-speaking rights (North America, the UK and Australia premiere rights with secondary rights for NZ); DCD Rights for rest of world; and producer Greenstone TV, with New Zealand broadcaster TVNZ and Network 10 in Australia, also on board.

“Acorn TV’s subscribers adored the first season of My Life Is Murder, so we’re thrilled to work with DCD Rights, Greenstone TV and Lucy Lawless on a fun new season. We’re excited to come on board as a production partner for the new episodes and bring the show to even more of our subscribers in new territories.”

The new season, which is currently in pre-production, will have ten hour-long episodes, and the setting moves from Melbourne, Australia, to Auckland, New Zealand. Returning to the series along with Lucy Lawless is Ebony Vagulans (The Heart Guy, The Letdown).

My Life Is Murder stars award-winning Kiwi actress Lucy Lawless as private investigator Alexa Crowe, who brings her unique brand of investigation to an unsuspecting New Zealand. Alexa finds herself entangled in compelling new murder mysteries centered on fascinating and dangerous characters who will challenge, frustrate, and even flirt with Alexa… and sometimes threaten everything she cares about, to boot.

There may be new friends and locations to explore, but Alexa’s life is still very much murder. Ably assisted by the exuberant Madison Feliciano (Ebony Vagulans), Alexa is ready to use her powers for good and bring her always-surprising sleuthing style back at full force.

My Life Is Murder is a Greenstone TV production for TVNZ, Acorn TV, and DCD Rights in association with Network 10.