A quick heads-up about three shows from Australia and New Zealand: If you want to watch them on your local public TV station, let them know.

I have a bit of intel for folks who enjoy watching shows from south of the Equator without need of an internet connection, a smart TV, or a streaming media device. Yes, I’m talking broadcast telly. The kind you can get with a cable TV subscription or, for cord cutters, an indoor digital antenna.

RLJ Entertainment, parent company of Acorn TV, is releasing three series that can air on public TV stations starting April 1. The operative word here is can. The station that serves your area must pick up the shows; otherwise you’ll need a subscription to Acorn TV in order to watch them. 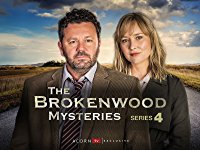 This mystery series happens to be one of my favorite shows from New Zealand. From anywhere, really. It’s dark but not gruesome, the storylines are intricate but not so complex as to do your head in, and the lead characters are some of the most appealing ones on telly. Starring Neill Rea (Go Girls), Fern Sutherland (The Almighty Johnsons), and Nic Sampson (Step Dave), Brokenwood is humorous and has its fair share of creativity when it comes to crimes, and can be likened to Midsomer Murders without the quaint English countryside settings. 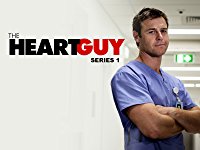 One of my favorite new series premieres in 2017 is this Australian drama starring Rodger Corser (The Doctor Blake Mysteries). He plays Dr. Hugh Knight, a gifted heart surgeon who must put his surgical scrubs aside to work as a GP in a small, rural town for a year — a professional punishment for his partying ways. The salt on the wound is, the town is his hometown. The one he left years ago, where his estranged parents, brother, and ex-fiancée still live, and where his new boss holds the rest of his career in her hands. 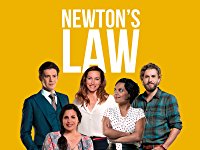 Another 2017 premiere from Australia that I thoroughly enjoyed is this rather delightful legal drama, which stars Claudia Karvan (Jack Irish) as upstairs-downstairs attorney Josephine Newton. (Huh?) Above ground she’s a barrister at Knox Chambers, a job she took after her private solicitor’s practice was torched. Below ground of the same building, she dons her solicitor’s hat to advise on cases being handled by her former staff, who now have their own practice, albeit in a decidedly not posh office space in the garage.

If you’d like to watch any of these shows on your public TV station, contact their Viewer Services department to let them know.

Three Series from Down Under Headed to Public TV Stations
Tagged on: Newton's Law    The Brokenwood Mysteries    The Heart Guy