The hit Australian drama Upright has its US premiere tonight during ATX Festival’s special screening event and virtual Q&A — and you’re invited! 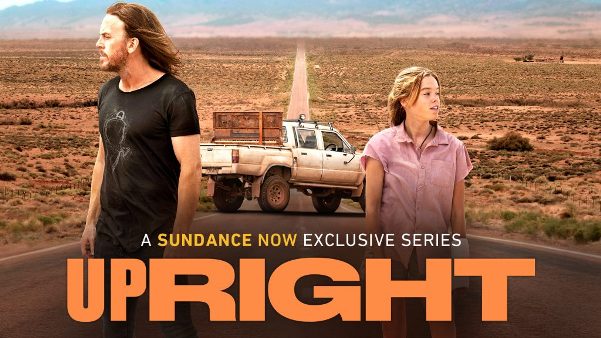 The screening and Q&A start at 8 PM ET on ATX Festival’s YouTube channel. Both Tim and his co-star, Milly Alcock (Reckoning, Pine Gap, A Place to Call Home), will be live chatting on YouTube as the episodes premiere. Following the screening is a Q&A conversation with Tim Minchin, moderated by acclaimed director Judd Apatow (The King of Staten Island, The 40-Year-Old Virgin, Knocked Up). 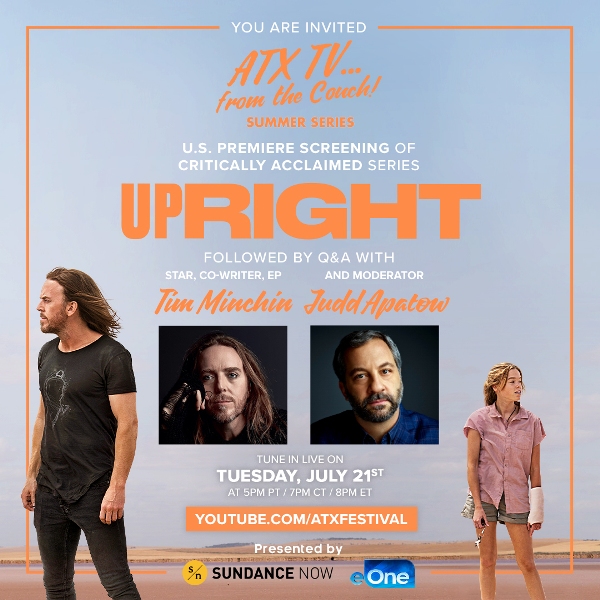 The eight-part drama follows Lucky Flynn (Minchin), a shabby musician and family outcast who, after learning his mother is dying, drives across Australia to see her. Bringing nothing but an upright piano for the journey, Lucky finds his baggage has increased when Meg (Alcock), a runaway girl with some family demons of her own, enters his life.

Lucky and Meg forge an unlikely friendship as they embark on a road trip adventure across the beautiful Nullarbor Plains in a race against time. Along the way, they encounter feral camels, a magical pink lake, highway thieves, cliff-top parties, a speed-loving truckie, an underworld fighting ring, suspicious cops, and the world’s most musically-appreciative motorcycle gang.

Over eight hot days the pair drive, hitch, and scam their way across the scorching desert continent — with the upright piano never leaving their side — on a journey that will ultimately make them both feel more at peace with everything in life that they’ve been kicking against.

If you miss tonight’s screening event, you can watch the premiere of the first two episodes of Upright on Sundance Now on Thursday, August 6th. New episodes will premiere in pairs every following Thursday.

(And if you don’t have a subscription to Sundance Now, use the code UPRIGHT for a 30-day free trial.)

Outbound links on this page include non-affiliate links and affiliate links; the latter allows us to earn income for qualifying actions.